How agronomy can improve performance on farms

Agronomic innovation is a pillar of Axereal Group’s strategy. Today, it lies at the heart of many of the Cooperative’s projects and all of its businesses. Its role is to support our industries as they navigate the agricultural and nutrition transition, and reconcile economic profitability with environmental imperatives.

Using agronomy to secure the long-term future of farms has always been one of Axereal’s strategic growth priorities. For the cooperative, research and experiments into plants, soils and farming practices was always going to be one of the main themes of the transformation plan currently under way. “Agronomy has always been one of Axereal’s cornerstones,” said Group Chairman Jean-François Loiseau. “In the 1970s, it was thanks to agronomy that we were able to meet the yield and quality targets that were key at the time.”

Since then, numerous new challenges have been added to the equation such as cutting greenhouse gas emissions, reducing and rationalising our use of synthetic chemicals and preserving biodiversity. We need agronomic innovation to help us meet these challenges, and at the same time contribute on an economic level to increasing long-term margin per hectare. “This is a major transition. It’s going to take shape gradually, and we have everything to learn,” Jean-François Loiseau continued.

To this end, Axereal has revised its road map and appointed an agronomy officer in each of its six major regions. To facilitate the transition, the Group encourages the sharing of new practices.  “It is vital to talk to farmers and share ideas with them,” Jean-François Loiseau said. “But it’s also important for us to include all our other stakeholders too: our technicians, sales teams and customers, for example.” This is a way of communicating scientific progress, and also building the agro-ecological transition together at all levels so that it accelerates.

Soil fertility is a major theme in agronomic innovation

The issues of preserving soil’s potential and enriching it, as well as working the soil, fighting erosion and combating the invasion of grass will be at the heart of Axereal’s research over the coming years. “It’s the richness of the soil that determines the quantity and quality of the grain harvested on it,” said Jean-François Loiseau.

Agronomy is relevant to the entire industry. Obviously, it is central to the cooperative’s agricultural businesses, but it is also highly relevant to the issues within the Group’s food processing businesses, in France and elsewhere. The malting, milling and feed compound operations also keep a close eye on the quality, volume and sustainability of harvests.

At Axereal, agronomy has different issues to tackle in different regions of the globe. In Argentina and Australia for example, barley farmers are focused on finding ways to keep moisture in the soil. In Canada, work concentrates more on concerns about cold and frost. “And in Western Europe, and France in particular, we spend more time on the parasites to which our oceanic climate makes us prone,” Jean-François Loiseau continues.

Axereal has put in place a range of projects to help it achieve its ambitions in the field of agronomy. One of these is a carbon programme launched last summer, under which 26 farmers will receive support for five years. The initiative was triggered by an observation: “The agricultural sector has natural carbon sinks in the form of its soils. So it can store this same atmospheric carbon, which makes it a strategic player in the fight against climate change,” said Pierre du Peyroux, who is responsible for the programme.

He explains that the first step for the “ambassador” farmers is, “a greenhouse gas emission assessment for their farms, so that they can see where they are currently. Once they have this information, it’s time for action. For example, some farmers may introduce into their rotations crops that fix nitrogen (mainly pulses) to reduce emissions. Others use multi-species cover crops (companion plants) to increase carbon storage capacities. “We use regular audits to evaluate the outcomes,” Pierre du Peyroux explains.

Xavier de Verneuil, a cereal farmer in Indre, joined the project towards the end of 2020. The audit carried out on his practices this winter was very positive: overall, his farm stores carbon. He is now working on some avenues for improvement, in particular as regards soil fertilisation. “This year, I’ve replaced some of my mineral fertilisers with compost,” he explained.

He says the project “gave me a way to look at my farm differently. It’s very interesting. We’re used to analysing things from an economic or technical point of view. Here, we’re looking at them from the carbon footprint angle. It’s a new evaluation criterion for our practices and our crops.” And Xavier de Verneuil believes it’s an essential one: “What we’re looking at here is a key element: the quality of my soils, which are the most important tool of my trade.”

The farmers that are already involved in this project are pioneers. Their practices and their feedback will be used in the future to help other farms take up the gauntlet and improve their own carbon footprints. Consequently, by launching this initiative, Axereal is accelerating the agricultural transition. “It is particularly positive that the Group is leading the way by working on the question of carbon assessments already,” said Xavier de Verneuil. “This is going to become a key topic in the future.” Pierre du Peyroux agreed: “It’s not going to be long before farms are expected to limit their emissions. This project is a way to get one step ahead.”

There is a second aim behind the programme too: “It’s going to help us secure funding for this transition,” he said. In the future, it will be possible for customers wishing to reduce the carbon emissions in their production chain and thereby their business’s carbon footprint to buy the tonnes of CO2 avoided or sequestered by farmers. The Group is already in discussion with industry players on this. In the long run, an exchange system could be put in place in the form of certificates. “That would be a way for me to derive value from the practices I’m putting in place on my farm,” said Xavier de Verneuil, by way of conclusion.

Leading malt producer Boortmalt is supporting the agricultural industry as it rolls out innovative agronomic solutions. “We can see how much of an impact climate change is having on malting barley and the sector as a whole with every harvest,” said Rodrigo Vilches, Agriculture Division Manager at Boortmalt. We are consequently working not only to play an active role in limiting these risks but also to reduce our environmental footprint, from the field right through to delivery of the malt to the brewer.

It was for this reason that a pilot project was launched in Ireland in 2019 with Geosys, a specialised precision farming services provider. The aim of the project was to test how satellite imagery could contribute to crop management, in particular as regards improving yields and adjusting inputs to the needs of plants. The platform put in place supplies weekly reports on plant development, updated temperature and rainfall trends, and also yields and any quality problems there might be when the crop is harvested. “The initial results have been very positive,” said Tom Bryan, Regional Agronomy Manager UK and Ireland at Boortmalt

Following these first trials, work is under way to build new solutions. The scientists aim to create a forecasting model for barley yields and a dashboard to flag up potential risks for barley crops. In due course, these innovations should improve both the yield and the quality of the barley, as well as protecting the environment (in particular by reducing water consumption and quantities of inputs). “Our aim is to support farmers as they adapt their farming practices so that they can protect natural resources and supply quality crops. Sustainable agriculture is one of the four pillars of our CSR strategy, which we defined based on the UN’s sustainable development goals,” said Inge de Winne, Chief Sustainability and Supply Chain Officer at Boortmalt. 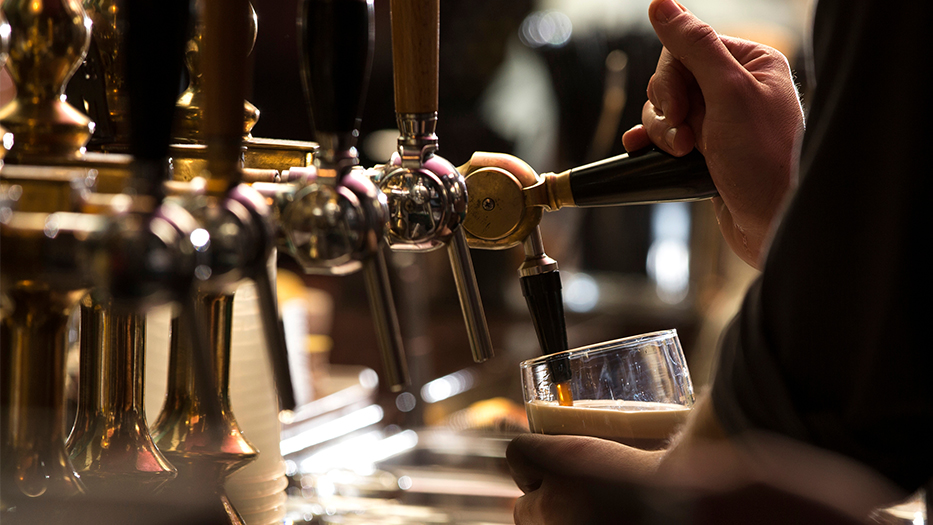